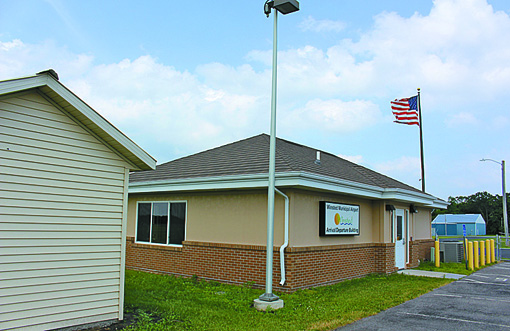 Winsted’s airport is located on the southwest edge of the city.

For those who love to fly airplanes, the Winsted Municipal Airport is an exhilarating place to spend a day.

The airport is located at 3234 230th Street, on the southwest edge of Winsted. It became city property in 1962.

Winsted City Council, during its Feb. 19, 2019 meeting, approved plans and specifications, and authorized Bolton & Menk to advertise for bids for a runway reconstruction project at the Winsted Municipal Airport.

The design of the turf runway project includes the following key components:

c. Regrading of runway safety area on west and east ends of the turf runway.

The project construction cost is estimated at $2,155,500. A Federal FAA prequalification grant request was submitted for this work in December 2018.

The city council, during its April 2, 2019 meeting, approved a bid from R and G Construction Company for the Runway 9/27 reconstruction project at the Winsted Municipal Airport in the amount of $1,797,423, contingent upon the availability of federal and state funds. The engineer’s estimate for the project was $1,728,090.

Wet weather and a delay in receiving funding resulted in the runway improvement project at the Winsted Municipal Airport being pushed back to 2020, City Administrator Adam Birkholz said during a council work session Oct. 1, 2019.

He noted that the city received the funds Sept. 23, but this was six or seven weeks later than anticipated.

Birkholz said he met with the airport commission to discuss options, and consensus was to begin construction as soon as possible in the spring of 2020, possibly in May.

Construction is expected to take about three months, plus six to eight weeks for turf establishment.

Relocation of a gas line on the west side of the project, took place in fall 2019.

In late 2011, construction began on a 1,100-square-foot airport arrival/departure building, which replaced a 700-square-foot terminal from the 1980s. In June 2012, the building was dedicated in honor of Winsted resident Russ Paschke.

Paschke was involved with the airport for 35 years, and served as airport commission chair since 1988. He was also the airport manager, monitoring and conducting maintenance at the facility, and calling in the status of the runway.

Maintenance and improvements to keep the airport a viable asset to the city and its hangar owners have been done through annual capital improvement projects, with the majority of costs paid for through federal funding. Recommendations and priorities of various upgrades are made by the airport commission, with final approval given by the Winsted City Council.

The Commission maintains a membership of five (5) voting members appointed by the Mayor and confirmed by the Council.  The City Administrator and one (1) Council Member also serve as ex-officio, non-voting members of the Commission.