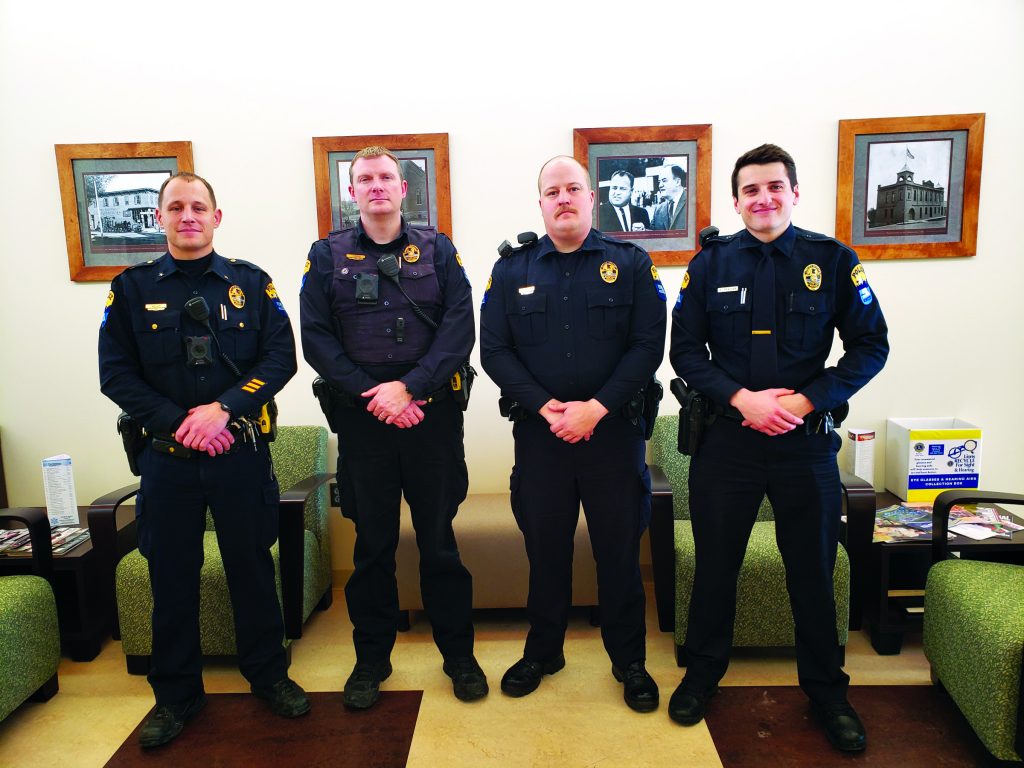 In addition to office space at city hall, the department has an interview room where people can report crimes or be questioned about crimes. The room has equipment available to document the interview on tape – both audio and visual. The police department is also equipped with a secure evidence/prep room, and a two-stall garage. This police garage has been designed so that it can securely store vehicles for evidence processing. Currently, the police department has three squad cars for patrol use.

reserve officer (Josiah Rehmann), and a roster of three part-time officers who help provide the city with police services when needed.

Some of the programs that the Winsted Police Department is involved with include Drug Abuse Resistance Education (DARE), National Night Out, child fingerprinting, a bike safety program at Holy Trinity and Winsted elementary schools, talks to students on any other safety issues the school might request, talks with the Boy Scouts and Girl Scouts to enable them to earn their merit badges, and other community safety talks throughout the year.

In addition to his jobs as police chief, Heldt is also Winsted’s emergency management director. As the director, he works with the Winsted City Council to have a plan in place for disaster response and for conducting at least one emergency drill a year.