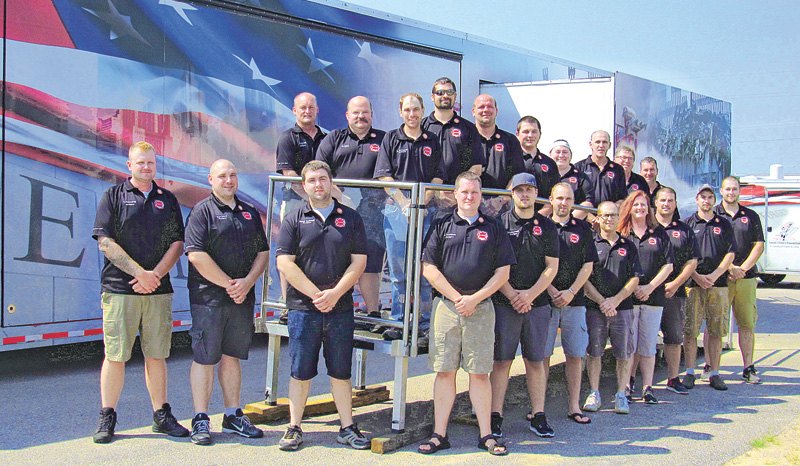 By the Winsted Volunteer Fire Department

In 1944, 33 feet of property was purchased for the construction of Winsted’s first fire station.

Over the years that followed, the bell was replaced by a siren and then by pagers, ambulance service was provided, fire trucks came and went, but one thing has stayed the same – the dedication and devotion of the volunteers who make up the volunteer fire department.

The Winsted Volunteer Fire Department serves the city of Winsted, along with Hollywood, Victor, Winsted, and Woodland townships.

The department had 240 calls through the coverage area in 2019. Most calls – 187, were for medicals – and 53 calls were for fires, car accidents, carbon monoxide incidents, and other emergencies. In addition to providing general fire suppression services, the Winsted Volunteer Fire Department also provides fire cause determination, fire prevention services, cold water rescue, auto extrication, hazardous materials response, Skywarn spotters, fire and medical coverage at Winstock, and hosts a spaghetti dinner the Thursday before Winstock and the annual firemen’s pancake breakfast the Sunday morning of the Winsted Summer Festival in August.

The Winsted Fire Department also operates a first-responder service, responding to all medical emergencies within its coverage area. The department operates with state-certified emergency medical technicians, and certified first responders.

At the beginning of 2020, there were 24 members on the department roster. A full roster would have 30 members. The fire department welcomes applicants. No previous experience is required. All training and equipment is provided. Applications are available on the City of Winsted’s website, or at Winsted City Hall.