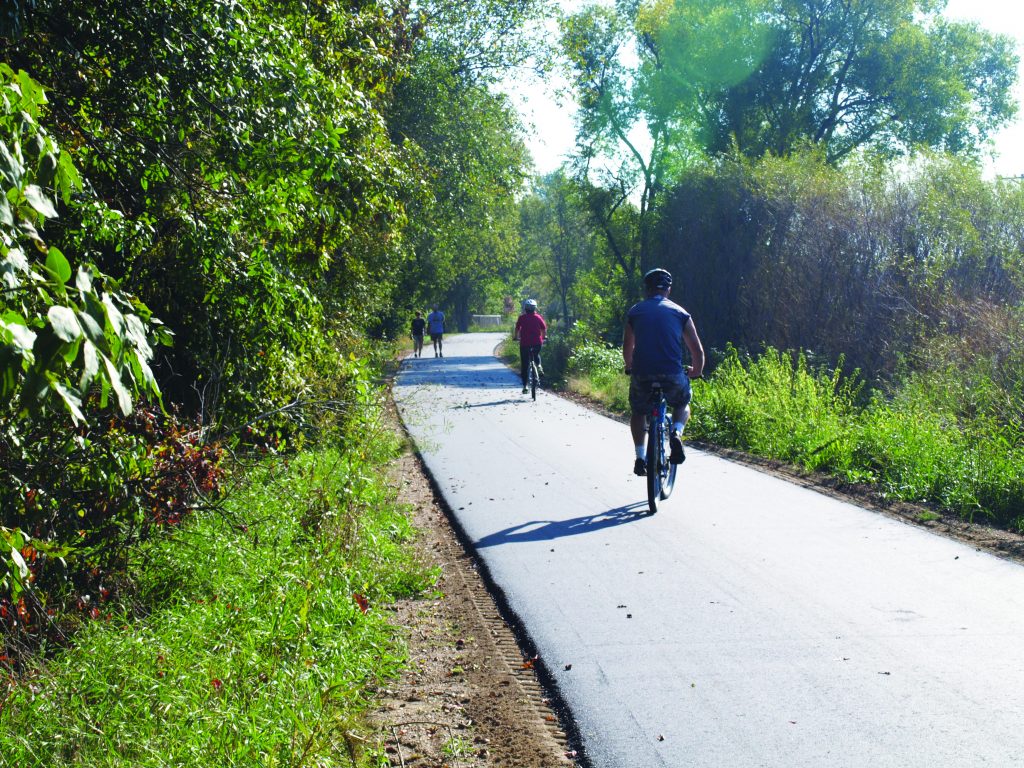 The Luce Line State Trail follows the corridor of a former railroad line and has been maintained by the Minnesota Department of Natural Resources (DNR) since 1976. It runs 63 miles, from the western metro suburb of Plymouth to the small town of Cosmos in west-central Minnesota.

From Plymouth to Winsted, the surface is crushed limestone, with a parallel trail for horseback riding.

West of Winsted, the trail has a mowed-grass surface from Cedar Mills to Cosmos.

In Hutchinson, the trail is paved from Zebra Ave to just west of Hutchinson on County State Aid Highway (CSAH) 115. From CSAH 115 to Cedar Mills it is comprised of crushed granite; from Cedar Mills to Cosmos it is mowed grass.

Efforts are being made by the city to entice visitors to the lakefront promenade, parks, and the downtown areas of Winsted from those Luce Line entry points.

Where the trail enters Winsted by Southview Park on the east, new signage was added in 2010, titled “Winsted Byway.” The signs can be found throughout town along the trail, and they direct visitors north to Mill Reserve Park and the lakefront promenade. Plans are being considered to create a plaza entry in this area, as well, to provide trail users with seating, and landscaping to make it more inviting.

A paved city trail along the north side of Main Avenue, where pedestrians previously had to use the street, was completed in 2010. It’s one of the city’s efforts to provide a safe walkway through town for trail users.

Ribbon-cutting events, celebrating the trail-paving project, took place in Winsted and Hutchinson in 2015.

The trail is available for multiple uses, such as hiking, biking, inline skating, cross country skiing, and snowmobiling. A parallel horse trail will also be included.